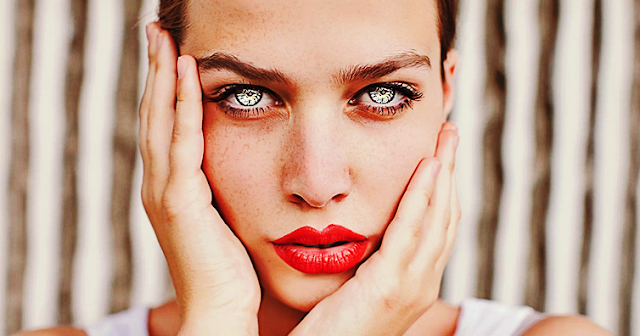 Are people inherently good or evil?
While it’s generally comforting to believe that people are inherently good with infrequent minor lapses in character and willpower, there are other individuals who just prove this philosophy wrong.

Have you ever met people who were completely inconsiderate to those around them? People who had no problem hurting other people’s feelings and using others’ weaknesses to their advantage?

These are pretty obvious hints of vile behavior, but sometimes it comes in the form of micro aggressions so subtle you wouldn’t even think it has any malice.

Below are 12 tell-tale signs that the person you’re dealing with knows no kindness:

1) They Have A Habit Of Lying

Lying can be an altruistic pursuit used to protect people and prevent conflicts from escalating.
This is simply not the case with evil people. More often than not, these people will lace lies together just because they feel like juicing up a story, even if it means adding details that didn’t exist or speaking on behalf of someone without consent.
When caught, they will either lie some more and provide countless reasons to validate that lie, or just ignore you completely.
Bottom line is, these people lie to your face because they do not value your trust or your friendship.

2) They Deliberately Provoke And Mislead People

Successfully lying and being smug about it is one thing, but manipulating other people’s feelings is a whole different kind of sinister.
The problem is that these provocations and white lies are done so subtly you wouldn’t even recognize them.
Take this for example: you skipped a day of school or work because of a family emergency.
When you asked how your professor or boss took your absence, the person will blow things out of proportion because they want to worry you. You end up feeling guilty and anxious, even though there is no reason to be.

Needless to say, heinous people are heartless. This is mostly rooted in their strong drive for self-preservation, which empowers them to commit selfish acts at the expense of other people.
Sometimes, their apathy shows in everyday interactions. Tell-tale signs include cruelty to those in need.
Have you ever met a person who openly makes fun of the poor? A certain race, maybe? Complete discrimination of the disabled?
These three tendencies show that the person you are dealing with is not only immature but also incredibly unkind.

The only time evil people will care about you is when they’re considering how you fit into their selfish plans.
Evil people are incredibly manipulative, and the bummer thing is you won’t realize it until the deed is done.
A classic example is when a person bails on you so you can complete an activity by yourself. Before the actual activity, people like this can mislead you into thinking that they will be good partners.
They will goad you into sharing ideas and feign reliability. When it’s time to put in some hours, they will create countless excuses and make you feel horrible for confronting them.

5) They Stick With You When It’s Convenient For Them
Friends live busy lives, and that’s okay. We all have distant friendships that are easily rekindled when reunited.
The main difference is that real friends do come and go, but they also stay when you need them the most. They understand the importance of celebrating your successes as grieving for your losses.
The evil person, on the other hand, doesn’t care about your sentiments. They come and go according to what is convenient for them.
Gestures like venting out problems to you, loaning money from you, and asking favors may appear friendly at first but will eventually reveal themselves as non-mutual gestures.
Soon enough, you will realize that these friendly benefits aren’t inter-mutual, so don’t count on anyone reciprocating it.

6) They Don’t Respect Your Time

Inconvenience is one of their strongest suits, especially when it comes with messing up with your time.
Have a paper you need to finish? A report you need to submit? A family dinner you need to attend? Forget all those because this friend will demand 100% of your attention.
And when you don’t give it, this inconsiderate person will pull the guilt card until you feel obligated to spend your precious time doing whatever they want to do.

7) They Are Secretive About Their Identity

Introverts are pretty secretive people too, but it’s not like you don’t know anything about them.
In fact, once you get closer to introverts, they will start trusting you with more personal information and make sure that you can comfortably share sensitive information on your own volition.
Bad friends don’t care about sharing personal information. Intimacy is the last thing they want to share with other people.
As part of their manipulative schemes, they can portray a different version of themselves in front of you and other people.

8) They Will Control What You Do

Some people are just inherently bossy, mostly because they are perfectionists who prefer handling things alone.
The difference between perfectionists and control freaks is their complete refusal to reach compromise.
Thought friendships were a two-way street? Not on their watch. Forget everything you know about meeting halfway because there is only one way to do things: their way.
These people are so inconsiderate that they want complete control over any situation, making sure that every little part of a social event or any activity can be used to their advantage. These kinds of people are inherently toxic and cumbersome to deal with.

9) They Will Deny The Facts

It’s not a secret that evil people are prone to lying and scheming, especially because they know they can get away with it.
Individuals like these tend to readily assume superiority over everyone they interact with, therefore undermining other people’s ability to tell if they’re telling the truth.
Once caught, these people will do everything they can to get out of a hairy situation. They will drag other people’s names if they have to and fabricate scenarios in order to justify wrongdoing.

10) They Will Give Misleading Information

Deliberately giving misleading information is their creative spin on lying. Technically it’s not lying if they didn’t give the right information in the first place, right?
It’s similar to giving you exaggerated stories or inventing negative anecdotes in order to create unpleasant feelings in you.
Whether it’s leaving out crucial information, juicing up crucial stories, or inventing hear-say, these people will use their creative juices to create bizarre information to inspire feelings of anger, guilt, and sadness to others without remorse.

11) They Will Manipulate The Truth

As inconsiderate individuals, they will have no problems spinning a story if it means getting out of trouble (or putting someone in trouble) or gaining an easy advantage.
You will never catch them owning up to their mistakes, creating different loops to escape any sort of punishment.
More often than not, they will play the victim card in order to avoid blame, leaving you vulnerable and guilty in the process.

12) They Constantly Undermine Those Around Them

Extreme confidence is a unique characteristic among evil people. They tend to fall back on stereotypes when interacting with people and treat them accordingly. They have no respect for individual identities and treat every person they encounter as just another anecdote.
As a result, you will notice that evil people constantly belittle those around them, consciously or subconsciously as a reflection of their inherently high self-esteem.
Individually, these characteristics might seem like just another human flaw. But when most of them are exhibited by a person, you can tell that individuals like that have no capacity to reflect on their actions. They will push forward with force, regardless of who they may push down along the way.
Email Post
Labels: Manipulative pychology Unsympathetic