A small group of thoughtful people could change the world. Indeed, it‟s the only thing that ever has

“A small group of thoughtful people could change the world. Indeed, it‟s the only thing that ever has” – Margaret Mead 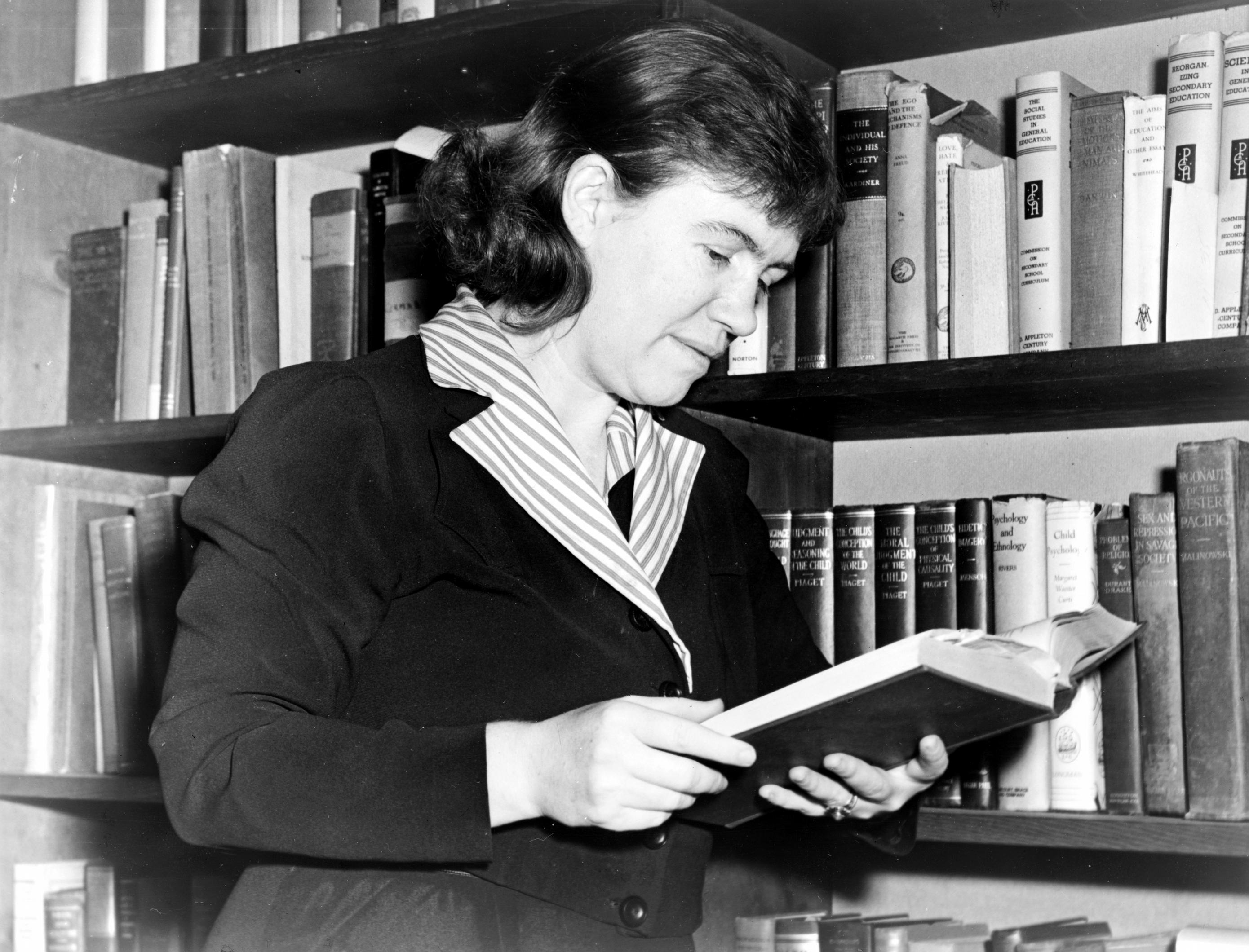 Another oft cited quote and one that inspires people (or at least should do) to believe they really do have more power than they could ever imagine. Don‟t think you are powerless because you‟re not.

Margaret Mead was born December 16, 1901 in Philadelphia, Pennsylvania. Mead did her undergraduate work at Barnard College, where she met Franz Boas, who she went on to do her anthropology Ph.D. with at Columbia. She became a curator of ethnology at American Museum of Natural History, where she published the bestseller, Coming of Age in Samoa.
Motivational Quotes

Popular posts from this blog

Existentialism Key Themes of Existentialism Although a highly diverse tradition of thought, seven themes can be identified that provide some sense of overall unity. Here, these themes will be briefly introduced; they can then provide us with an intellectual framework within which to discuss exemplary figures within the history of existentialism. 1.Philosophy as a Way of Life Philosophy should not be thought of primarily either as an attempt to investigate and understand the self or the world, or as a special occupation that concerns only a few. Rather, philosophy must be thought of as fully integrated within life. To be sure, there may need to be professional philosophers, who develop an elaborate set of methods and concepts (Sartre makes this point frequently) but life can be lived philosophically without a technical knowledge of philosophy.  Existentialist thinkers tended to identify two historical antecedents for this notion. First, the ancient Greeks, and particu
Read more

A Brief History and Sad Testimony Australia is in the midst of a major investigation into Child Sexual Abuse. There is not enough space in this blog to put all the information coming form this inquiry and the thousands of people who are being called and have come forward to give evidence. What I have included here is the terms of reference of the enquiry and a booklet published in 2000 that at that time highlighted the issue and recommended an enquiry. 12 years later it has come into being, long overdue. I am proud to say I had a small part in helping get this document produced and distributed. I in no way judge and the vast majority of Clergy and others we trust our children with are good men and women, but the warning is we as parents, friends and neighbors must stay diligent in recognizing and reporting signs of grooming by pedophiles and of course if we are privy to abuse report it and follow up I have included at the end of this a story from a survivor and Newspaper images that I
Read more

There\'s only so much sale shopping we can do before it gets old. All summer long, we\'ve been on the hunt for low prices on everything from cowboy boots and poofy dresses to little white tops and strappy sandals. But after Memorial Day sales, mid-summer sales, Prime Day and more, it\'s safe to say that we, as shoppers, are all saled out. With that said, there\'s only one sale that could pull us out of our self-imposed hiatus: Reformation.Reformation\'s long-awaited summer sale is finally here. Starting today, our go-to brand for sustainable denim and wedding guest dresses is marking down select merchandise by up to 40%. Think under-$150 plus-size mini dresses, $90 vintage- looking jeans, and bodysuits for less than $40. So, before you let sale burnout keep you from nabbing one hell of a deal, shop all our favorite picks ahead.At Refinery29, we’re here to help you navigate this overwhelming world of stuff. All of our market picks are independently selected and curat
Read more