What Is the Anthropocene and Are We in It?

What Is the Anthropocene and Are We in It? 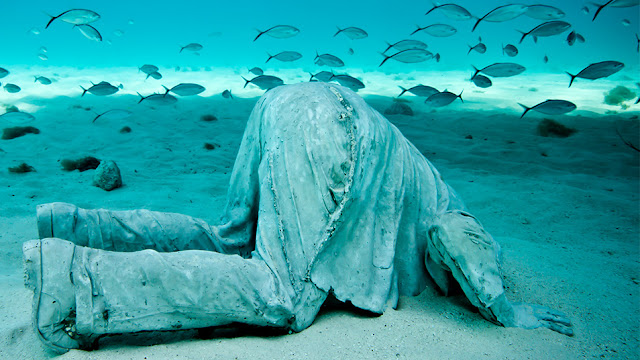 Have human beings permanently changed the planet? That seemingly simple question has sparked a new battle between geologists and environmental advocates over what to call the time period we live in.

Accepting the Idea of Extinction

According to the International Union of Geological Sciences (IUGS), the professional organization in charge of defining Earth’s time scale, we are officially in the Holocene (“entirely recent”) epoch, which began 11,700 years ago after the last major ice age.

But that label is outdated, some experts say. They argue for “Anthropocene”—from anthropo, for “man,” and cene, for “new”—because human-kind has caused mass extinctions of plant and animal species, polluted the oceans and altered the atmosphere, among other lasting impacts.

Anthropocene has become an environmental buzzword ever since the atmospheric chemist and Nobel laureate Paul Crutzen popularized it in 2000. This year, the word has picked up velocity in elite science circles: It appeared in nearly 200 peer-reviewed articles, the publisher Elsevier has launched a new aca­demic journal titled Anthropocene and the IUGS convened a group of scholars to decide by 2016 whether to officially declare that the Holocene is over and the Anthropocene has begun.

Many stratigraphers (scientists who study rock layers) criticize the idea, saying clear-cut evidence for a new epoch simply isn’t there. “When you start naming geologic-time terms, you need to define what exactly the boundary is, where it appears in the rock strata,” says Whitney Autin, a stratigrapher at the SUNY College of Brockport, who suggests Anthropocene is more about pop culture than hard science. The crucial question, he says, is specifying exactly when human beings began to leave their mark on the planet: The atomic era, for instance, has left traces of radiation in soils around the globe, while deeper down in the rock strata, agriculture’s signature in Europe can be detected as far back as A.D. 900. The Anthopocene, Autin says, “provides eye-catching jargon, but from the geologic side, I need the bare bones facts that fit the code.”

Some Anthropocene proponents concede that difficulty. But don’t get bogged down in the mud, they say, just stipulate a date and move on. Will Steffen, who heads Australia National University’s Climate Change Institute and has written articles with Crutzen, recommends starting the epoch with the advent of the industrial revolution in the early 1800s or with the atomic age in the 1950s. Either way, he says, the new name sends a message: “[It] will be another strong reminder to the general public that we are now having undeniable impacts on the environment at the scale of the planet as a whole, so much so that a new geological epoch has begun.” 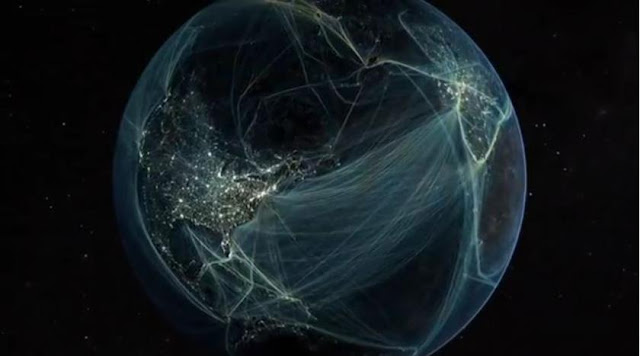 To Andrew Revkin, a New York Times reporter (now blogger) who suggested a similar term in 1992 that never quite caught on (“Anthrocene”), it’s significant that the issue is being debated at all. “Two billion years ago, cyanobacteria oxygenated the atmosphere and powerfully disrupted life on Earth,” he says. “But they didn’t know it. We’re the first species that’s become a planet-scale influence and is aware of that reality. That’s what distinguishes us.”


Humanity’s impact on the Earth is now so profound that a new geological epoch – the Anthropocene – needs to be declared, according to an official expert group who presented the recommendation to the International Geological Congress in Cape Town on Monday.

The new epoch should begin about 1950, the experts said, and was likely to be defined by the radioactive elements dispersed across the planet by nuclear bomb tests, although an array of other signals, including plastic pollution, soot from power stations, concrete, and even the bones left by the global proliferation of the domestic chicken were now under consideration. 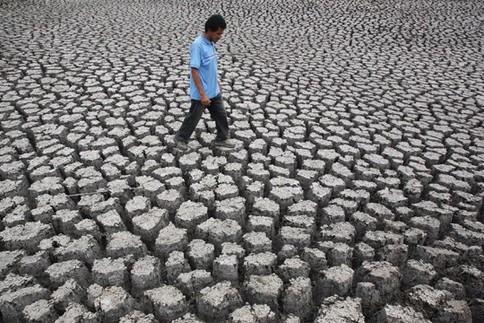 The current epoch, the Holocene, is the 12,000 years of stable climate since the last ice age during which all human civilisation developed. But the striking acceleration since the mid-20th century of carbon dioxide emissions and sea level rise, the global mass extinction of species, and the transformation of land by deforestation and development mark the end of that slice of geological time, the experts argue. The Earth is so profoundly changed that the Holocene must give way to the Anthropocene.

“The significance of the Anthropocene is that it sets a different trajectory for the Earth system, of which we of course are part,” said Prof Jan Zalasiewicz, a geologist at the University of Leicester and chair of the Working Group on the Anthropocene (WGA), which started work in 2009.

“If our recommendation is accepted, the Anthropocene will have started just a little before I was born,” he said. “We have lived most of our lives in something called the Anthropocene and are just realising the scale and permanence of the change.”

Prof Colin Waters, principal geologist at the British Geological Survey and WGA secretary, said: “Being able to pinpoint an interval of time is saying something about how we have had an incredible impact on the environment of our planet. The concept of the Anthropocene manages to pull all these ideas of environmental change together.”

High levels of nitrogen and phosphate in soils, derived from artificial fertilisers, could be taken as evidence of the onset of the Anthropocene. Photograph: Pascal Rossignol/Reuters

Prof Chris Rapley, a climate scientist at University College London and former director of the Science Museum in London said: “The Anthropocene marks a new period in which our collective activities dominate the planetary machinery.

“Since the planet is our life support system – we are essentially the crew of a largish spaceship – interference with its functioning at this level and on this scale is highly significant. If you or I were crew on a smaller spacecraft, it would be unthinkable to interfere with the systems that provide us with air, water, fodder and climate control. But the shift into the Anthropocene tells us that we are playing with fire, a potentially reckless mode of behaviour which we are likely to come to regret unless we get a grip on the situation.” Rapley is not part of the WGA.

Martin Rees, the astronomer royal and former president of the Royal Society, said that the dawn of the Anthropocene was a significant moment. “The darkest prognosis for the next millennium is that bio, cyber or environmental catastrophes could foreclose humanity’s immense potential, leaving a depleted biosphere,” he said.

But Lord Rees added that there is also cause for optimism. “Human societies could navigate these threats, achieve a sustainable future, and inaugurate eras of post-human evolution even more marvellous than what’s led to us. The dawn of the Anthropocene epoch would then mark a one-off transformation from a natural world to one where humans jumpstart the transition to electronic (and potentially immortal) entities, that transcend our limitations and eventually spread their influence far beyond the Earth.”

The evidence of humanity’s impact on the planet is overwhelming, but the changes are very recent in geological terms, where an epoch usually spans tens of millions of years. “One criticism of the Anthropocene as geology is that it is very short,” said Zalasiewicz. “Our response is that many of the changes are irreversible.”

To define a new geological epoch, a signal must be found that occurs globally and will be incorporated into deposits in the future geological record. For example, the extinction of the dinosaurs 66m years ago at the end of the Cretaceous epoch is defined by a “golden spike” in sediments around the world of the metal iridium, which was dispersed from the meteorite that collided with Earth to end the dinosaur age.

For the Anthropocene, the best candidate for such a golden spike are radioactive elements from nuclear bomb tests, which were blown into the stratosphere before settling down to Earth. “The radionuclides are probably the sharpest – they really come on with a bang,” said Zalasiewicz. “But we are spoiled for choice. There are so many signals.”

Other spikes being considered as evidence of the onset of the Anthropocene include the tough, unburned carbon spheres emitted by power stations. “The Earth has been smoked, with signals very clearly around the world in the mid-20th century,” said Zalasiewicz.

Other candidates include plastic pollution, aluminium and concrete particles, and high levels of nitrogen and phosphate in soils, derived from artificial fertilisers. Although the world is currently seeing only the sixth mass extinction of species in the 700m-year history of complex life on Earth, this is unlikely to provide a useful golden spike as the animals are by definition very rare and rarely dispersed worldwide.

In contrast, some species have with human help spread rapidly across the world. The domestic chicken is a serious contender to be a fossil that defines the Anthropocene for future geologists. “Since the mid-20th century, it has become the world’s most common bird. It has been fossilised in thousands of landfill sites and on street corners around the world,” said Zalasiewicz. “It is is also a much bigger bird with a different skeleton than its prewar ancestor.”

The 35 scientists on the WGA – who voted 30 to three in favour of formally designating the Anthropocene, with two abstentions – will now spend the next two to three years determining which signals are the strongest and sharpest. Crucially, they must also decide a location which will define the start of the Anthropocene. Geological divisions are not defined by dates but by a specific boundary between layers of rock or, in the case of the Holocene, a boundary between two ice layers in a core taken from Greenland and now stored in Denmark.

The scientists are focusing on sites where annual layers are formed and are investigating mud sediments off the coast of Santa Barbara in California and the Ernesto cave in northern Italy, where stalactites and stalagmites accrete annual rings. Lake sediments, ice cores from Antarctica, corals, tree rings and even layers of rubbish in landfill sites are also being considered.

Once the data has been assembled, it will be formally submitted to the stratigraphic authorities and the Anthropocene could be officially adopted within a few years. “If we were very lucky and someone came forward with, say, a core from a classic example of laminated sediments in a deep marine environment, I think three years is possibly viable,” said Zalasiewicz.

This would be lightning speed for such a geological decision, which in the past would have taken decades and even centuries to make. The term Anthropocene was coined only in 2000, by the Nobel prize-winning scientist Paul Crutzen, who believes the name change is overdue. He said in 2011: “This name change stresses the enormity of humanity’s responsibility as stewards of the Earth.” Crutzen also identified in 2007 what he called the “great acceleration” of human impacts on the planet from the mid-20th century.

Despite the WGA’s expert recommendation, the declaration of the Anthropocene is not yet a foregone conclusion. “Our stratigraphic colleagues are very protective of the geological time scale. They see it very rightly as the backbone of geology and they do not amend it lightly,” said Zalasiewicz. “But I think we can prepare a pretty good case.”

Rapley also said there was a strong case: “It is highly appropriate that geologists should pay formal attention to a change in the signal within sedimentary rock layers that will be clearly apparent to future generations of geologists for as long as they exist. The ‘great acceleration’ constitutes a strong, detectable and incontrovertible signal.”

Evidence of the Anthropocene 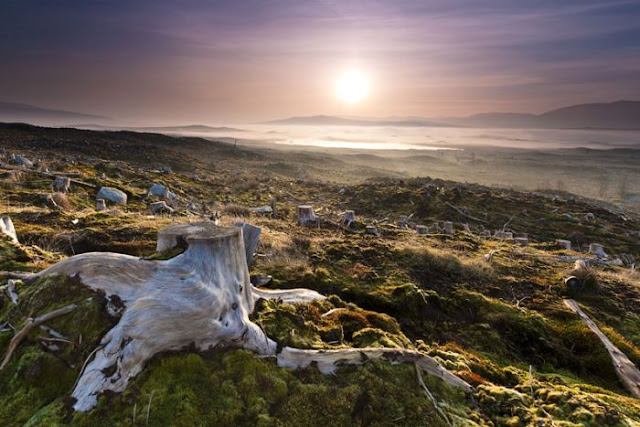